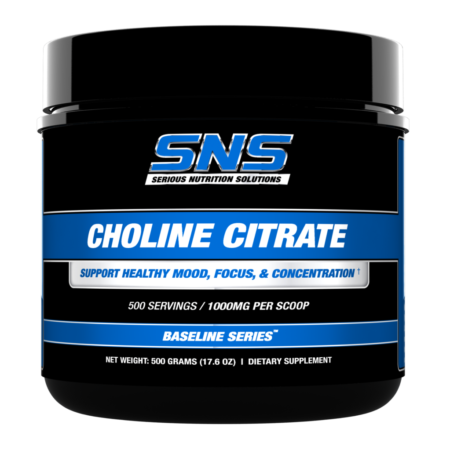 Choline Citrate is a popular form of Choline that is commonly used to support optimal mental performance, memory, and cognitive function. It is very commonly used as the foundation that other popular nootropic ingredients are added to.

Choline Citrate is commonly used for:

SNS Choline Citrate is a very versatile and can be stacked with SNS ALCAR-500, Huperzine A 99%, PEA-500 Xtreme, or a wide variety of other SNS products for improved synergistic results.

As a dietary supplement, take ½ to one scoop once or twice per day.

This product is intended for healthy adults over 18 years of age. Consult a physician before using this or any dietary supplement. Do not use if you have any pre-existing medical condition or if you are taking any medication without consulting your physician. Store in a cool, dry place away from children.

Be the first to review “Choline Citrate – 500 grams” Cancel reply