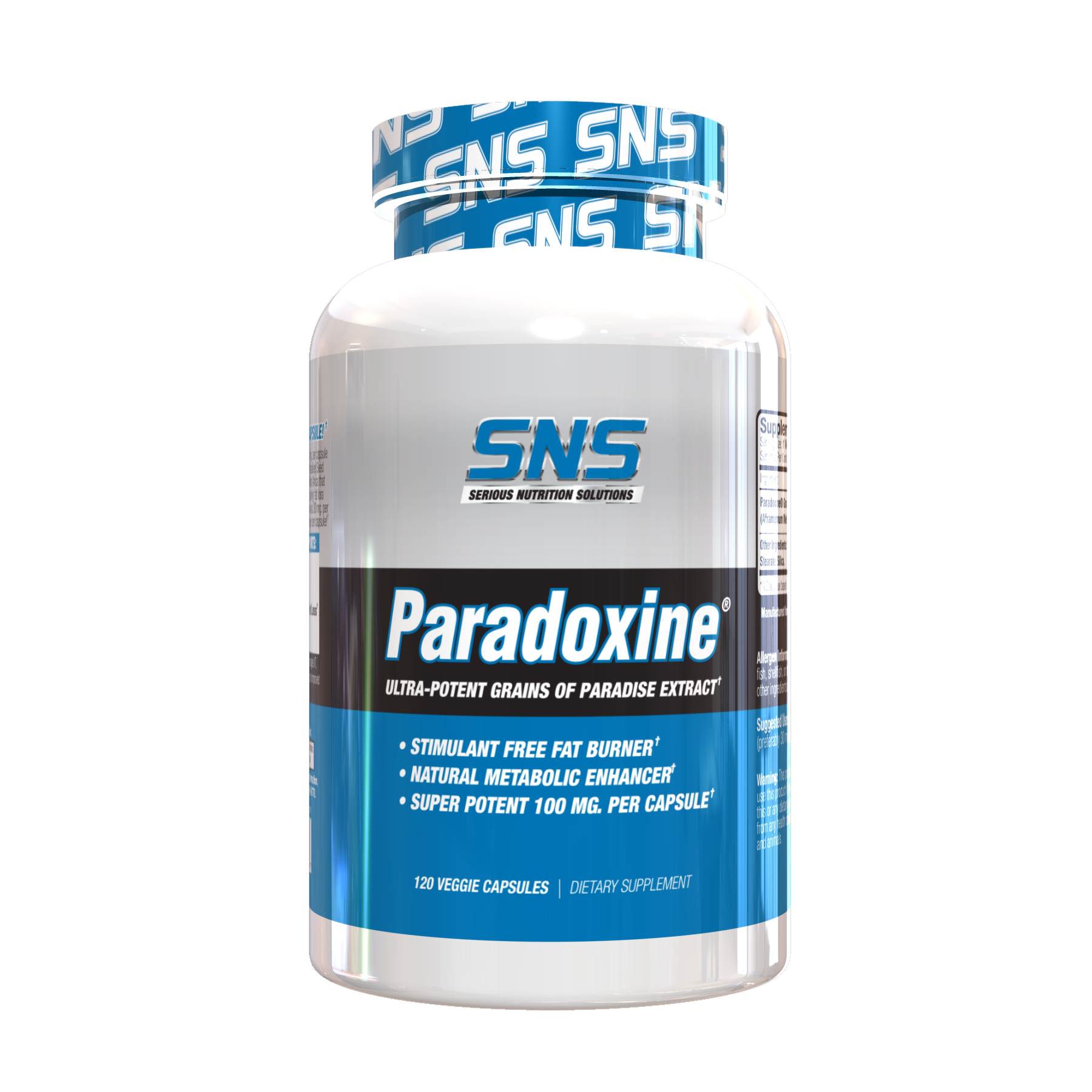 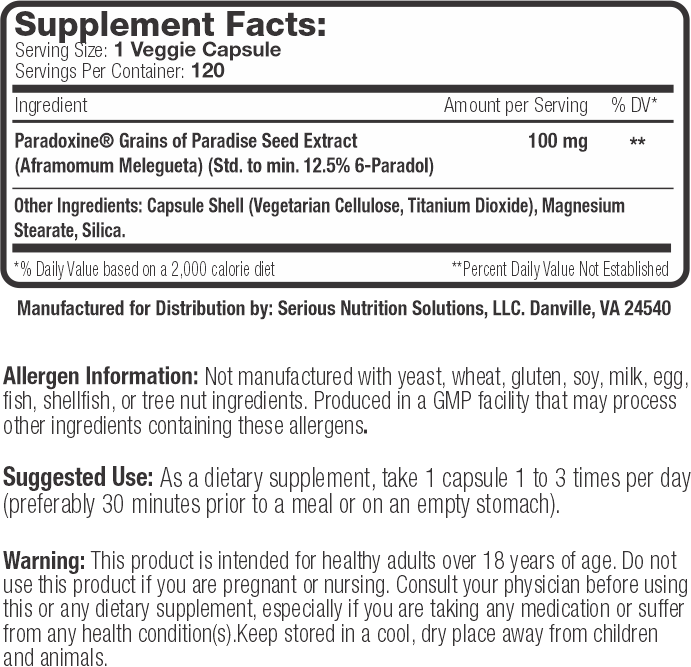 Paradoxine® is a standardized extract of the Grains of Paradise seed, also known as Aframomum Melegueta, which is a spice native to West Africa that belongs to the same family as ginger. This potent ingredient has been shown in studies to support visceral (abdominal cavity) fat loss while increasing resting metabolic rate with a dosage as low as 30 mg. per day.

SNS Paradoxine® caps have over 3x that dosage per capsule!

Ask Yourself a Couple of Questions:

If you answered yes to any of the above questions, Paradoxine® capsules may be right for you.

Aframomum Melegueta seed extract supports the stimulation of fat burning through the activation of brown adipose tissue (BAT) and through increasing whole-body energy expenditure. It has also been shown to decrease visceral fat in humans. Visceral fat is the type of fat that is stored predominantly in the abdominal cavity and can give people the bulging stomach type look; so in addition to it being a very unhealthy type of fat, it can look really awful as well.

To better understand how Paradoxine® works, it’s important to understand the different types of adipose tissue (fat) in the body:

Unlike many fat loss ingredients, Paradoxine is backed by human studies. One study on Paradoxine in humans showed that subjects who consumed Paradoxine® had a significantly greater increase in energy expenditure, seemingly due to the increase in brown fat activity versus the placebo group.

Another study showed that subjects (non-obese women) that consumed Paradoxine had greater decreases in body-fat around the lower abdominals as well as lower levels of visceral fat in the same area as compared to those who consumed a placebo; and very significantly this was with both groups NOT making any changes in diet or exercise.

Be the first to review “Paradoxine – 120 Veg caps” Cancel reply