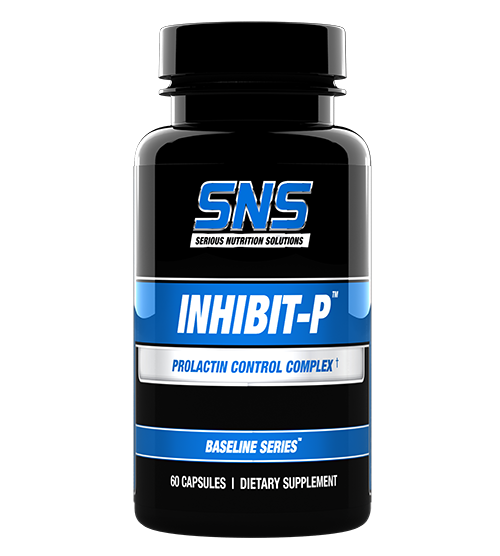 Is Inhibit-P for you? Ask yourself:

SNS uses only the finest, clinically backed ingredients in the formulation of Inhibit-P.

Mucuna Pruriens, also known as Velvet Bean, is a plant known for its high concentrations of levodopa (L-Dopa), the precursor to the neurotransmitter dopamine. Unlike dopamine, L-Dopa easily penetrates the blood bran barrier where it exerts its positive effects on hormones, especially prolactin. In fact, L-Dopa has been shown to significantly inhibit prolactin release from the anterior pituitary (1,2) meaning that the nasty issues associated with high prolactin levels may be relieved through the proper use of Mucuna Pruriens because the L-Dopa found in Mucuna Pruriens boost your brain’s dopamine levels, and dopamine is a key inhibitor of prolactin (3).

In addition to its powerful role in the reduction of prolactin, Mucuna Pruriens has also been known as a libido aid (4) but it wasn’t until a few years ago that researchers uncovered just how this amazing herb exerts its effects. Men taking Mucuna Pruriens experienced increases in testosterone and luteinizing hormone (LH) (5), which can produce a favorable hormonal environment for bodybuilding, sex life, and overall sense of well-being.

Finally, it should be noted that Mucuna Pruriens is rich in serotonin and opioid receptor ligands, which along with L-Dopa may contribute profoundly to mood improvements (6). This, along with strong anecdotal feedback regarding L-Dopa’s ability to reduce the refractory period associated with sexual activity, gives Mucuna Pruriens very strong potential for helping increase pleasure and enjoyment.

P5P is the bioactive from of vitamin B6 and offers enhanced absorption and bioavailability and far improved effects over other inferior forms of vitamin B6. P5P is an important cofactor in the synthesis of dopamine, which as mentioned above, is the prime neuroendocrine inhibitor of prolactin release. In addition to helping control prolactin, P5P has a host of other benefits including optimizing amino acid metabolism, boosting immune function, facilitating neurotransmitter balance and brain function, and much, much more!

Vitex Agnus Castus, also known as Chaste berry, has long been used as a treatment for sexual disorders and insufficiency. However, it wasn’t until recently that scientists examined the compounds in the plant and discovered that many of them can reduce prolactin as much as dopamine itself (7). Other human trials have confirmed that Vitex Agnus Castus is a strong inhibitor of prolactin (8). The key is dosing it properly, and Inhibit-P does just that (9).

As an added bonus, Vitex Agnus Castus has also been shown to significantly improve acne conditions in a large clinical trial (9)!

SNS Inhibit-P can be used as part of an overall supplement regimen, as part of a natural testosterone boosting regimen, or for a variety of other uses and reasons.

Inhibit-P can be stacked with a variety of other SNS products to help fit your individual needs. It is commonly stacked with Inhibit-E, Growth Factor XT, DAA Caps or Powder, and other select SNS products for improved, synergistic results.

As a dietary supplement, take 1 capsule 1 to 2 times per day, preferably with a meal.

This product is for healthy adults over 18 years of age. Do not use if you are pregnant or nursing a baby. Consult with your physician before use if you are taking any medication(s), or suffer from any health condition. Keep stored in a cool, dry place away from children.

Be the first to review “Inhibit-P – 60 caps” Cancel reply